She might have forgotten where home is, but Julie the cat never forgets a face. According to Current in Carmel, the black feline from Carmel, Indiana, slipped out of her home in 2012 and could not be found.

At the time, Lorinda Roberts, mother to the cat’s owner, Jon Gulla, relentlessly searched for the feline, but had to refocus her efforts when Gulla was diagnosed with lymphoma shortly after Julie’s escape. Julie remained missing, but was never far from Gulla and Roberts’ thoughts.

“Every once in a while you find that needle in a haystack,” Roberts told Current in Carmel on why she never gave up hope the cat would be found. “I was looking for a needle, not a piece of hay. I thought maybe there was a 1 percent chance.” 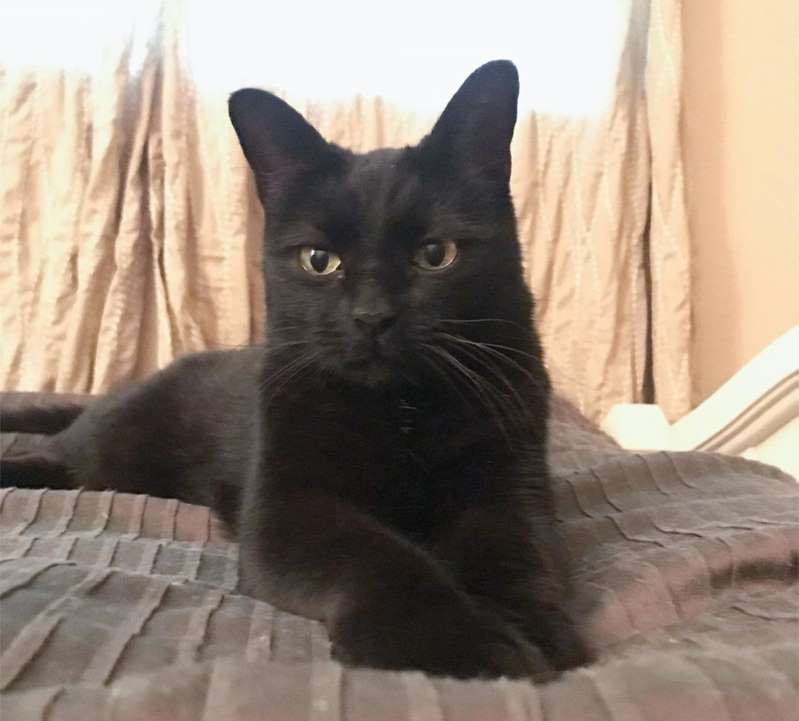 That 1 percent chance surfaced recently, when an online post describing a stray that sounded a lot like Julie appeared online. The feline in the post was small, black and declawed, just like Gulla’s pet. According to the post, the nervous cat was living under a Carmel family’s shed, only coming out to accept the food the left for her.

Gulla went to visit the feline on the off-chance it could be Julie, and noticed Julie’s unique white spot in the same place on the stray’s belly.

“[He] called her name, and she came out and came right to him,” Christine McKeon, a woman who was also helping care for the cat, said. “She wasn’t that friendly. She wouldn’t come running up to us.”

The two shared a sweet, purr-filled reunion before heading off to restart their life together. Gulla, now cancer-free, is grateful to have Julie back in his life once more, and appreciative to all who must have helped the feline over the past six years. While Julie was found living outdoors, she isn’t injured or emaciated and her fur is relatively soft and clean; signs she was likely cared for during her time away from Gulla.

PrevPREV10 U.S. Pets That Are Surprisingly Popular
NEXTDog With Terminal Cancer Fulfills Last Wish of Being a K-9 OfficerNext