The Story of This Blessed Dog Will Melt Your Heart

There are many people who love their pets in the same way as they love their kids, but everything has two sides and there will always be people who treat animals badly. This behavior should be illegal all over the world.

We will tell you the story of a poor dog, its name is Cala and it was the guard-dog of a mechanic from Costa Rica. This man kept the pup tied up on a short chain. The dog had no chance to rest its head and it could barely breathe.

Also, the owner rarely fed it and when the pup was sick he didn’t take it to the vet. How can anyone do such a thing? 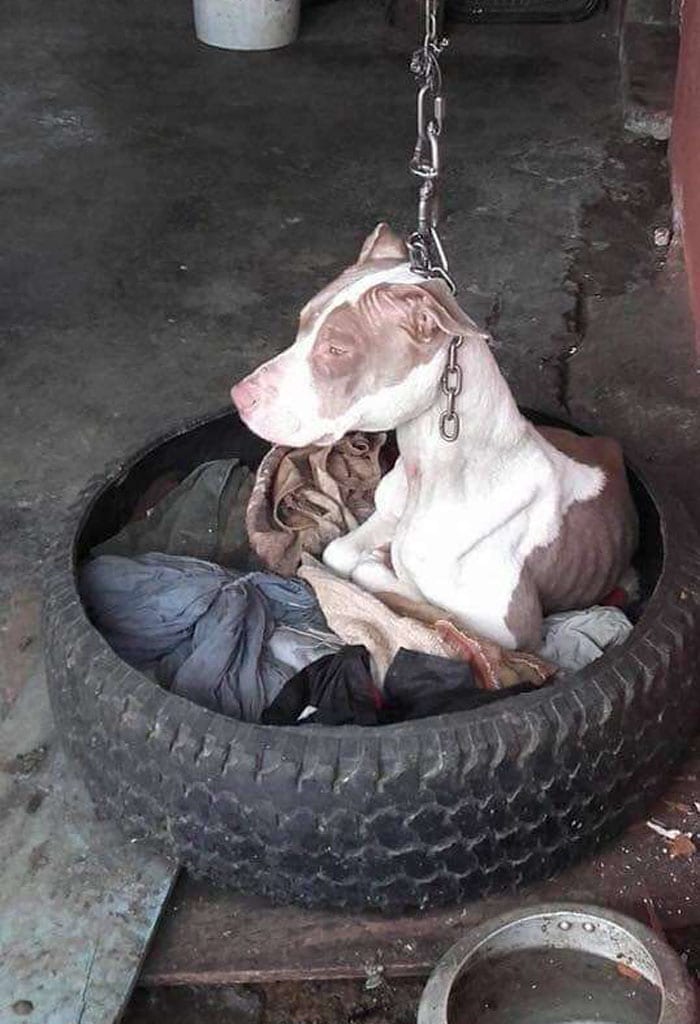 But this story has a happy ending. Cala was lucky enough to be saved by people with a good heart and a pure soul. Certain neighbors saw the conditions where the pup was kept for years and they called the police and the animal shelter Territorio de Zaguates too.

Cala was about to starve to death and had to be treated for malnutrition, wounds and emaciation.

“The picture I first saw of her showed a pitiful creature robbed of its dignity and ready to give up — a dog whose spirit had been broken and was just waiting for the end to come while living a never-ending nightmare. The humans around her still had to cause her pain through the curing of her wounds, especially the gash in her neck caused by years of hanging from a tight metal chain around her neck,” said Lya Battle, Territorio de Zaguates’s founder. 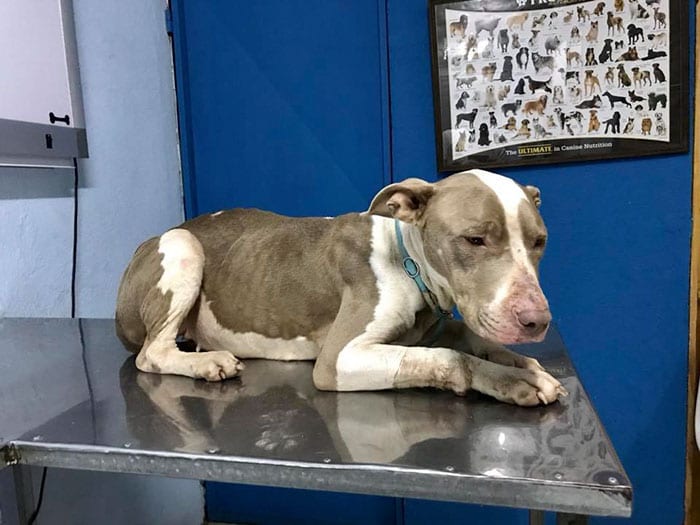 Unfortunately, the suffering continued for Cala even after its rescue. Some bad people snuck into the shelter to kill a few dogs with poisoned food.

16 dogs died, but Cala was lucky again and it didn’t give up on fighting for its life. The dog suffered some neurological problems, but it survived due to its size.

Nevertheless, Cala live today with a host family and learned to be happy and it is also able to love humans again. 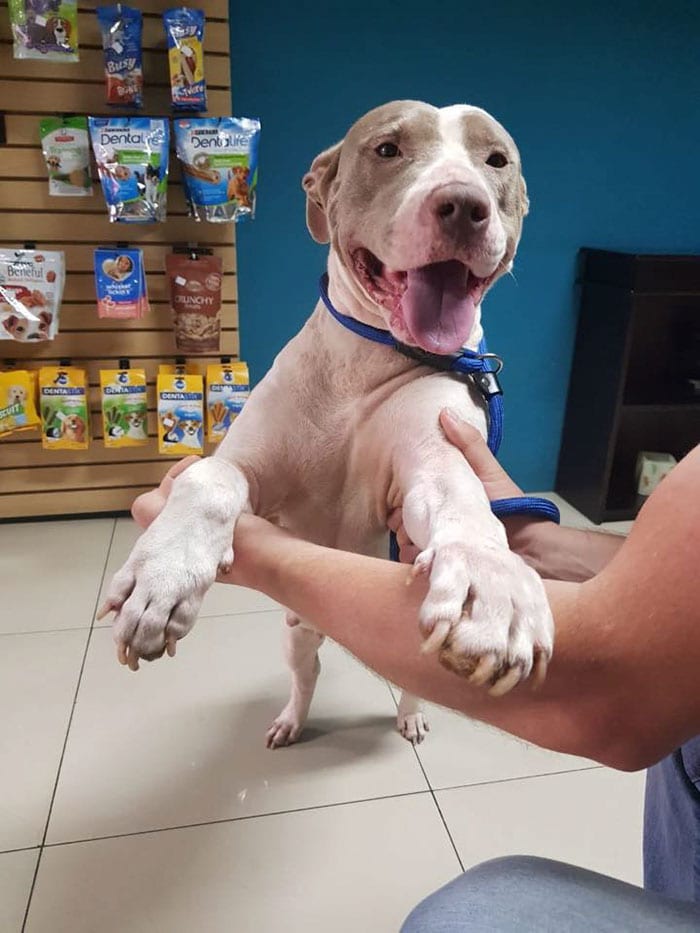 “After years of neglect, torture, and imprisonment, Cala seems to be getting all the puppy misbehaving process out of her system and we all think that’s just fine. She is happy, strong, willful, a bit stubborn, and spoiled by her foster mom and family,” said Battle.

“This rescue is an epic battle of good against bad and of hate against love, and in the end, as it always does, love wins. Territorio de Zaguates rescues and shelters hundreds of dogs in Costa Rica with no home so they can “receive lots of affection and socialize with the people and families,” Battle added.