Stings are likely to be more painful if they occur in very sensitive areas, such as near the eye, the ear, inside the mouth or on the genital region. Stings to the tough feet of the paws often go unnoticed by dogs, and typically stings to the body aren’t that severe, either. Dogs are famous for trying to eat bees — clearly not the most intelligent choice in snacks — and they can get some pretty substantial swelling inside the mouth and in the nasal cavity. Because breathing can be compromised by swelling in these areas, stings inside the mouth are cause for concern and likely warrant a trip to the veterinary clinic sooner rather than trying to treat things at home. Your veterinarian can give injectable antihistamines (far more effective in these situations than oral antihistamines) and anti-inflammatories that will work nearly instantly before things get serious.

Get the stinger out if you can see it

The stinger has a venom sac at the end, and if left in place, it can continue to leak more venom into the site of the sting. Most of the time, the stinger falls out after the injury is delivered, but if it’s still in place, use something stiff like a credit card or a grasping object such as tweezers to remove it. If you use tweezers, grasp the middle of the stinger, well away from the end where the venom sac is. 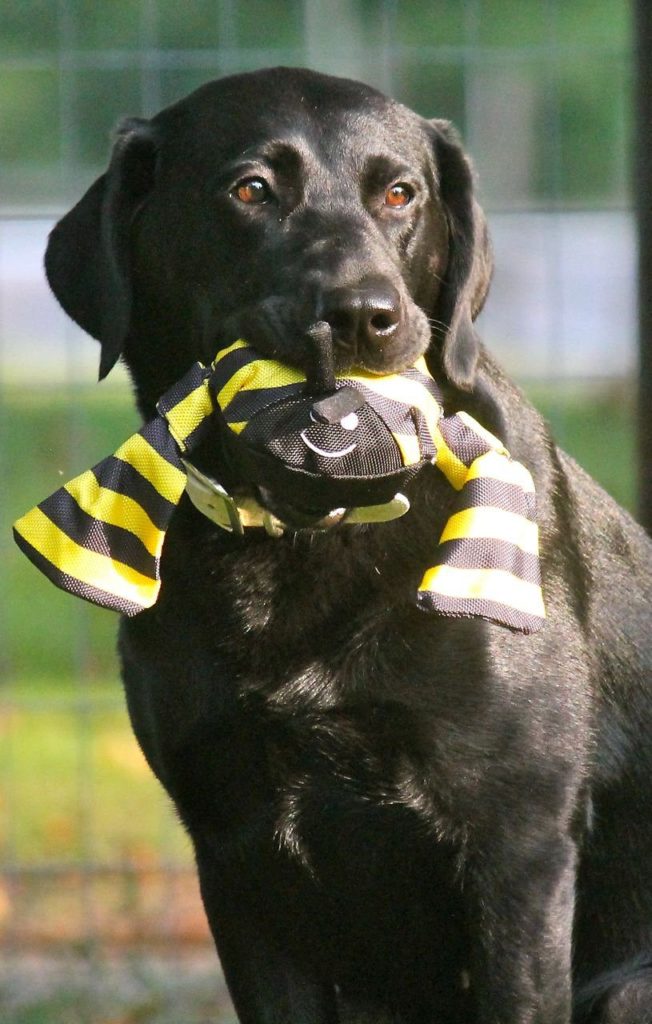 Make and apply a cool compress

Frozen bags of vegetables, such as peas, make great cold compresses because the peas are small and will easily mold inside the bag to conform to virtually any part of the body. Broccoli, not so much. Blueberries will work, but if they start to melt, you’ll have a decent-size mess on you and your pet since those bags never seem to be completely leak-proof. Wrap the bag in a kitchen towel first, then apply it to the site of the sting. Hold it in place for 5 to 10 minutes, then remove it and assess the area for redness and swelling. If both are localized directly around the sting, you’re probably in good shape.

Venom is acidic, so you can potentially neutralize some of its activity by applying a basic substance like baking soda. Make a paste with the baking soda and a little water — try for a consistency similar to toothpaste — and gently apply it to the area of the sting. Don’t leave a large amount of this paste in an area where your pet can lick it off or eat it off the ground if it falls off, as ingestion of sufficient amounts of baking soda can be harmful.

What drugs can I give?

Nothing that you can purchase over the counter or pull out of your medicine cabinet will make much, if any, difference in the severity of a pet’s reaction to a bee sting. Benadryl, a popular over-the-counter human antihistamine, has little effect when given orally to animals. You’re better off refraining from giving anything because if things get serious and you have to take your pet to the veterinarian for treatment, there won’t be any worry about potential interactions with anything you gave at home.