How To Choose The Perfect Fish For Aquariums

To a certain extent, there is room even in a small aquarium for some variation in the environment; for example, one end of the tank may be shady and densely planted, while the other is open and well-lit. However, some factors such as temperature and acidity will be fairly constant throughout the tank, and should be well suited to all the species you intend to keep. For this reason, many aquarists choose a specific ecosystem – such as a South American community, with tetras, catfish, and swordplants.

The more common species of aquarium fish (such as guppies, goldfish, and tetras) are usually captive bred and more adaptable than their wild-caught counterparts. They are often highly compatible with an ‘average’ aquarium temperature and chemistry and therefore well-suited to a mixed-species community (depending on temperament).

The individual role or niche that each species will play in the tank community should be considered. Most aquariums have at least one species to act as a scavenger or bottom-feeder, such as a few loaches or snails. To provide visual variety and to prevent competition among tank-mates, you might also choose a variety of middle-feeding, schooling species, and surface-feeding labyrinth species. Some tanks even have separate diurnal (daylight-active) and nocturnal (night-active) groups to ensure activity at all times. 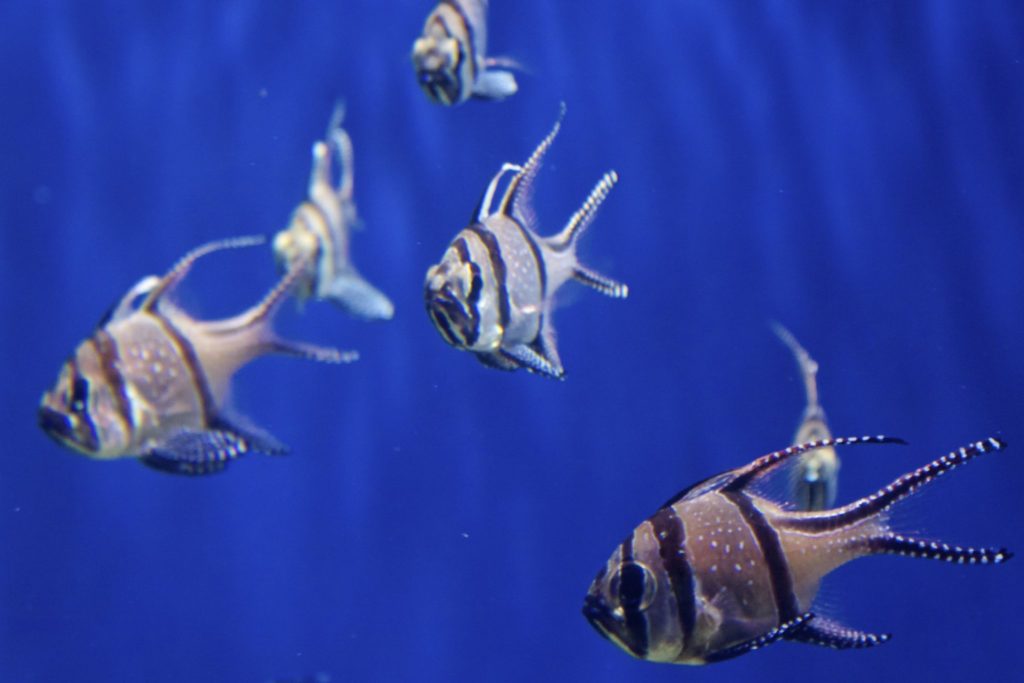 Although it is not true that predatory fish cannot be kept in a community environment, their temperament and feeding preferences must certainly be considered when selecting tank-mates. Some herbivorous species can also be quite aggressive. Hyper or aggressive species can harass and injure passive or slower-moving fish even if they do not intend to eat them. Larger tanks may successfully house both types of fish if they provide enough visual barriers (such as plants and decorations) and hiding places for the more timid fish.

Once you have decided on the number and type of species (fish, plants, and invertebrates) you would like to keep, make a list and stick to it. Occasionally you may find that a species you were hoping to keep is not locally available, so be aware of other species that might make good substitutions.

Build up the stock in your tank over the course of a few weeks, in order to allow time between introductions for both the aquarium and the residents to adjust to the new additions. You might consider holding new purchases in a quarantine tank for some time before introducing them, to avoid contaminating your community.