While he was driving home after work, a really kind man saw a poor kitten lying on the street almost dead. In a second he stopped the car and checked on the kitten’s condition. There was a little hope when he saw the helpless baby breathing and in that moment the life of this cat has completely changed. 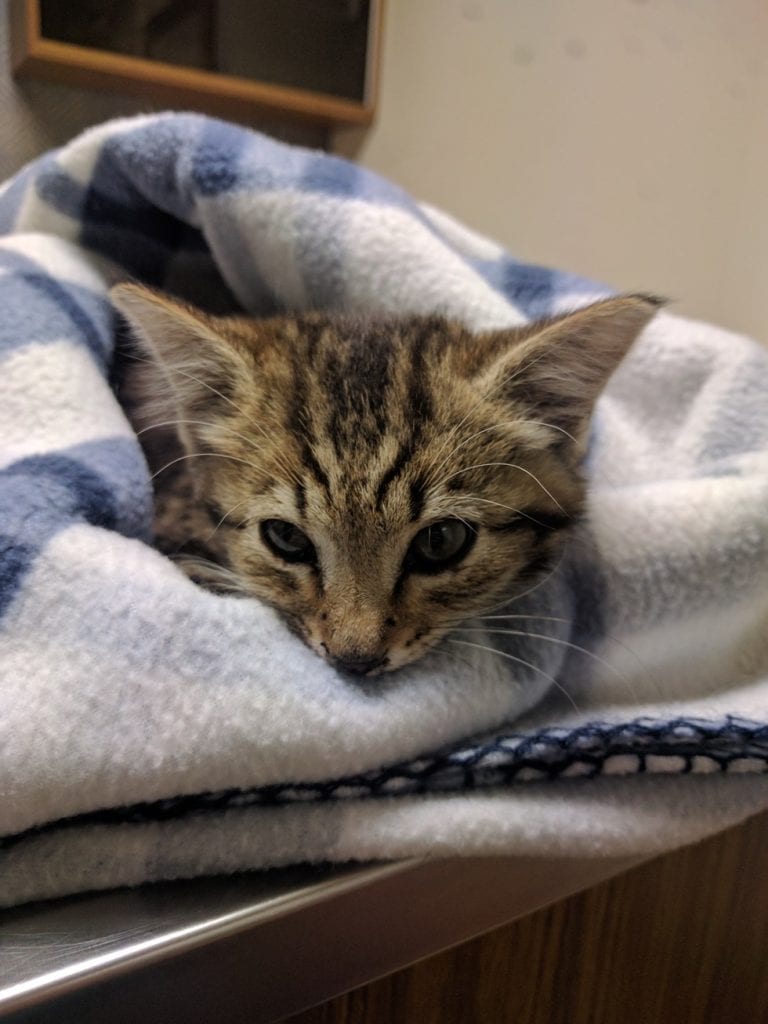 Its name is Phoebe – the lucky kitten rescued by a good man with a big heart! The rescuer has two cats, and when he saw this poor kitten on the street on June 22, he knew it needed help. “She was about a foot away from the double yellow line when I saw her,” said the rescuer. “I turned around and rolled up to her. I saw her little sides move as she breathed.”

His biggest surprise was when he noticed that the kitten had a pulse and the chances to save it increased. The next stop was at the vet. This cute and lucky cat couldn’t move, she was only able to breathe.

“The vet looked her over and said, it was wait and see how she does… She had some head trauma which kept her down pretty well… Judging by where I found her she either got knocked by a tire or fell from the bottom of one.” 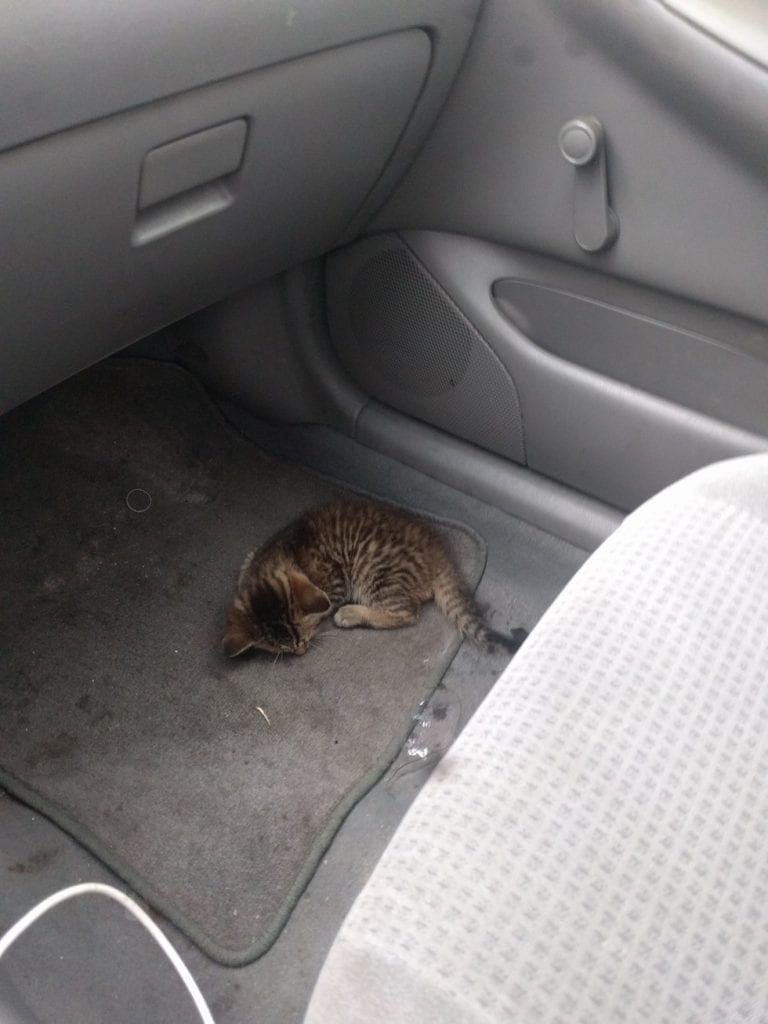 The kitten stayed at the vet clinic and her condition was overseen by the doctors. When the rescuer called the doctor, he said that kitty was still sick and its condition hasn’t improved yet. Also, they were hoping that the kitten will be fine on the following day.

Of course, next morning the man took the poor kitty home, and his wife was really happy to see her. When they walked into its room, their little rescue was in a good condition and for the first time she looked at them.

Little Phoebe, who kept her head down the day before, perked up and mewed the sweetest meow as if she was trying to thank her humans for saving her life. “This is the most animated I have seen this little girl since (the day I found her)! Took the wife to finally meet her and boy, did we tear up…. Compared to what she was like the day before, what a world of difference!”

After a few days, this beautiful and lucky kitty made new friends, they are Tycee and Willyum. She’s happy when they are around. 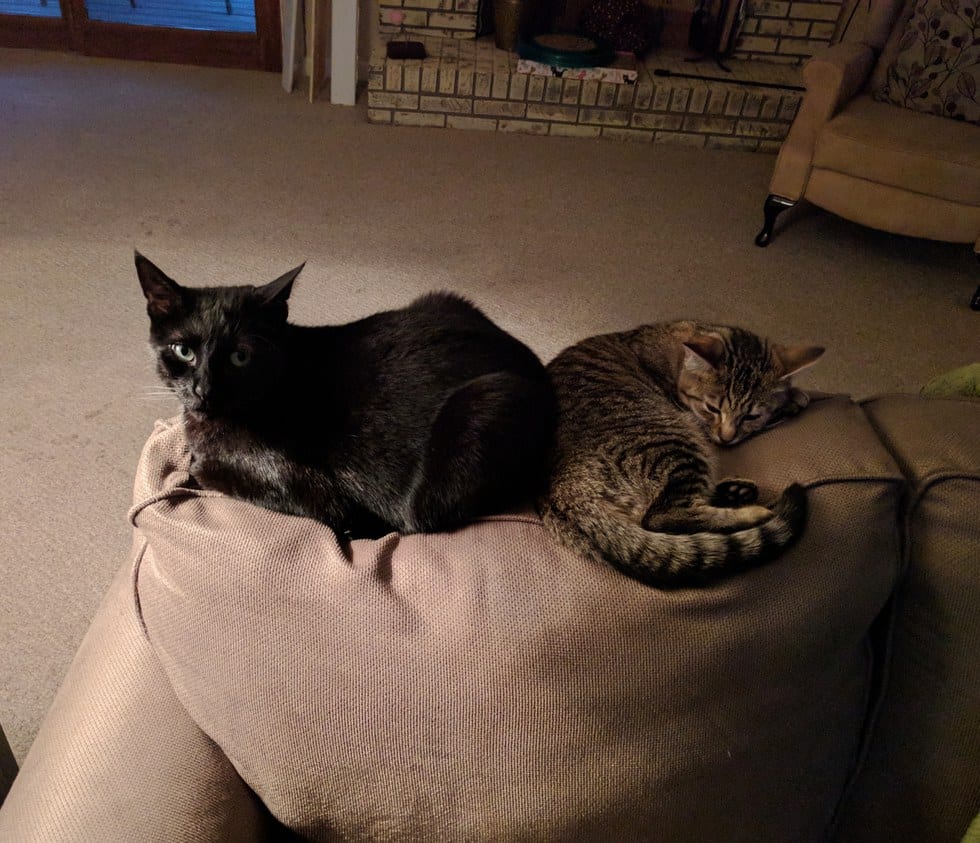 “She is doing wonderfully now. Just recently got fixed. She is the world’s most behaved kitten compared to the other two I have,” said the rescuer. After a few months after rescue, the kitty is healthy, happy and full of life!

10 Monogamous Animals That Mate for Life

10 Super Tiny Animals That Prove Our World Is Beautiful

6 Signs of Oral Problems in Cats

8 Common Genetic Disorders in Cats You Should Know About

7 Common Diseases That Put Your Dog’s Life in Danger

6 Things You Should Know About Tick Diseases in Dogs

7 of the Easiest Dog Breeds to Train