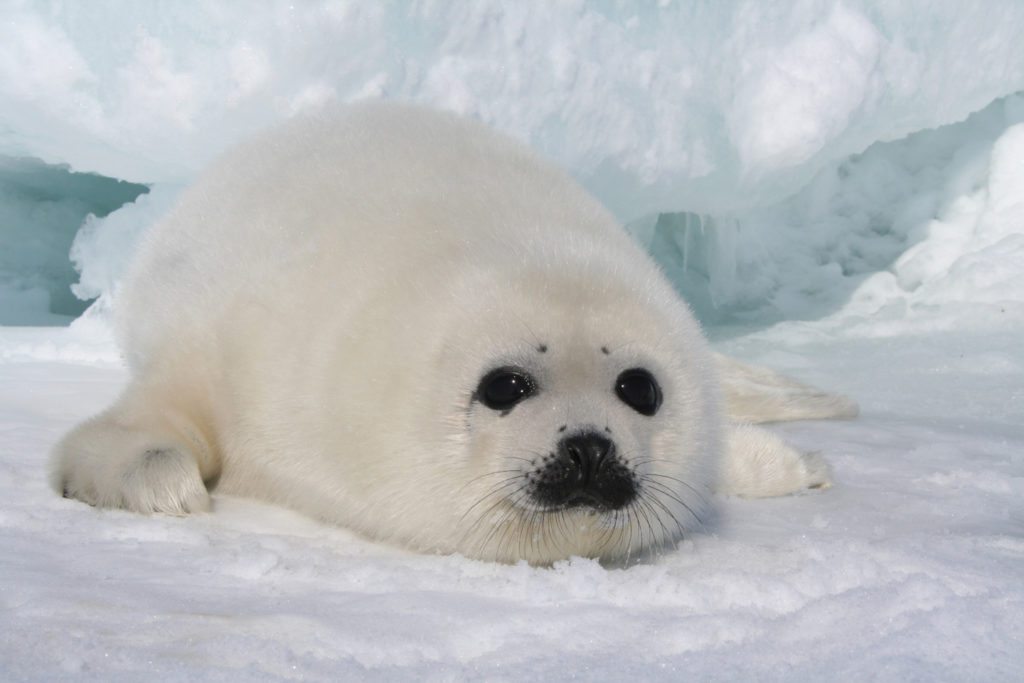 Harp seals migrate with the seasons and steer by the stars

The harp seal is one of 19 species of ‘true seal’. This marine mammal belongs to a group of animals known as pinnipeds (meaning fin-footed) and is the most abundant seal species in the Northern Hemisphere. The Latin name for the harp seal, Pagophilus groenlandicus, means ‘ice-lover from Greenland’, a nod to their icy habitat and northerly range.

Harp seals are strong swimmers, and although they are mostly depicted on the ice, they actually spend most of their time in the water. Their powerful flippers are able to propel them forwards with graceful, coordinated strokes. When on land, however, these furry mammals are somewhat less agile, using their clawed flippers in a cumbersome manner to drag themselves along the ice. The seals migrate great distances covering between 4,000 to 5.000 kilometres (2.485 to 3,106 miles), one of the largest migrations recorded, in terms of distance.

The seals move like ghostly apparitions through the chilly waters in response to their changing environment. Like most animals, their primary concern is finding food. They are excellent navigators and take the same routes each year, following the receding ice pack. Harp seals’ mam territory is the open ocean, with little in the way of landmarks, so how they manage to pick out their routes with such accuracy baffled scientists for a long time. It is now accepted that seals use their large bulging eyes to gaze at the stars for orientation, much like sailors of the past. 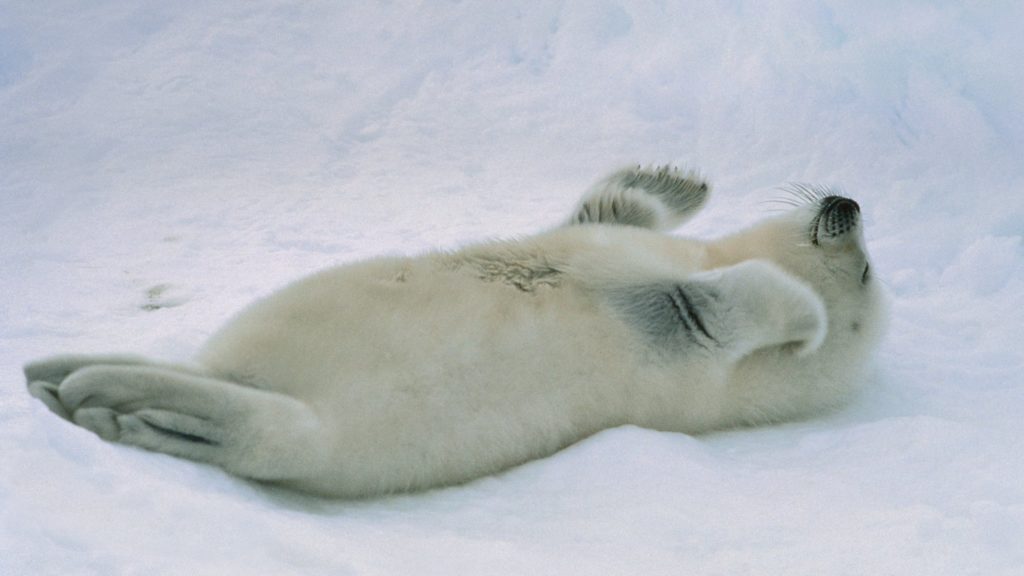 Harp seals meet in their tens and thousands for the breeding season, which lasts just two months (February and March). This is the only time of year where they congregate with their own kind, on the thick ice of the south. The rest of the year is spent alone, cruising the oceans in search of their next meal. In the relentless, churning slush of the Arctic seas, a harp seal’s diet is anything but regular. They must take advantage when opportunity arises and eat what is available. A plethora of fish – cod, herring, plaice and halibut – and crustaceans are all on the menu.

Once the ice packs of the south are behind them, they head north, en route to their summer feeding ground in the Arctic. Once summer is over in around late September, they start their southward journey again, arriving back at the southern pack ice by early winter, ready to start the cycle all over again.