A Chihuahua is recovering after he was found in a dumpster in Des Moines, Iowa. Now, the Animal Rescue Legion of Iowa is on the hunt to find out who is responsible for dumping the dog, who was still in his kennel, in the garbage. The small dog, named Oscar, was discovered by Jesus Balderas as he passed by. 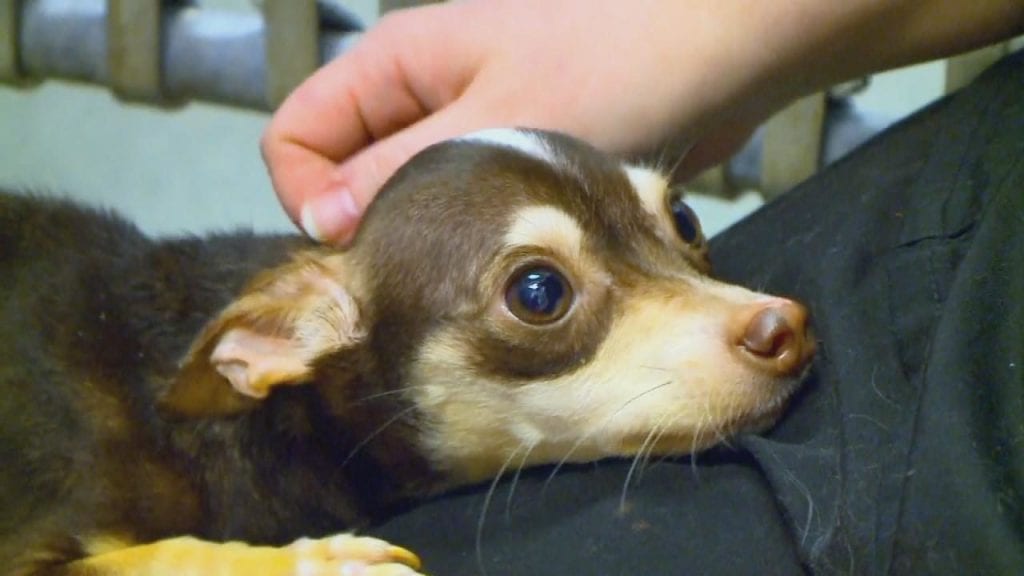 “It was just like pitiful how a owner of a dog like that would kind of do that to an animal,” he said. “It was bad.”

The kennel fortunately broke open as it was thrown into the dumpster, the ARL said. Oscar was able to make his way to the top of the pile but was too weak to jump out. Balderas pulled him out and took him to the ARL for treatment.

“Oscar had zero body fat, loss of muscle mass, hair loss, and intestinal parasites,” the ARL posted on Facebook. “His fur was stained from being caged in his own filth for a long time.”

Oscar, whose coloring is brown and white with stained yellow legs and underbelly, is said to be thriving at the ARL, eating and warming up to people.

“In the first 48 hours he regained 25% of his body weight!” the post stated. “He is so sweet. He wants to be near people at all times and especially loves being held.”

The ARL is asking for people to provide any information they may have in order to track down who abandoned Oscar.

“We’re coming up with no leads at this point,” Animal Control Services Director Josh Colvin said.

With regard to adopting Oscar, the ARL said on Facebook that its first priority is to get him healthy. “Oscar was treated like literal trash by his previous owner…. ” the ARL wrote. “It is unimaginable that anyone could look into Oscar’s eyes and just throw him away.”