Scratch & Sniff (… or how to speak lemur) 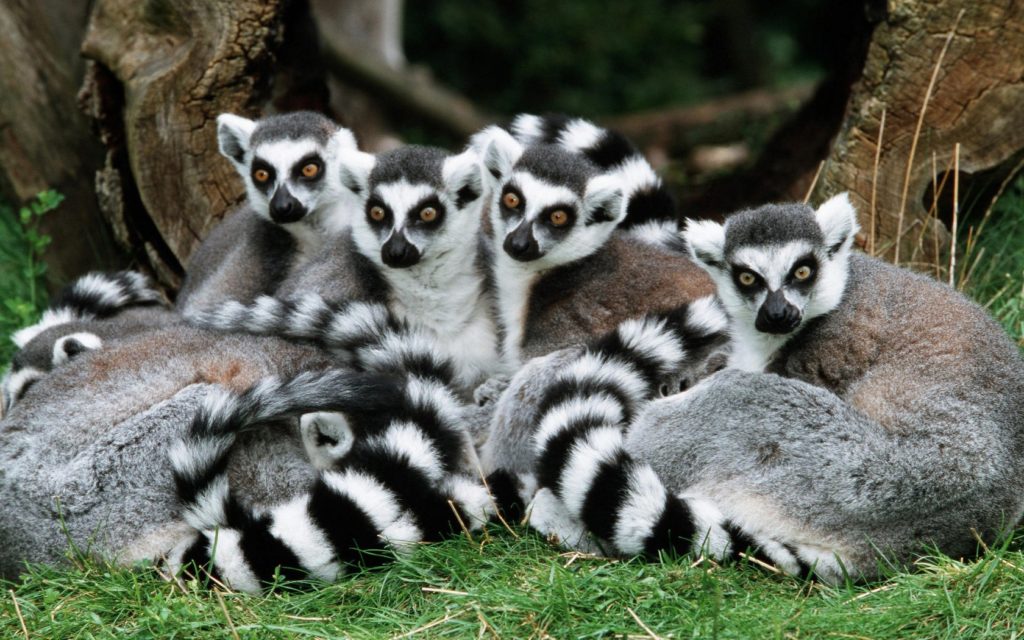 “Ring-tailed lemur society is ruled by a language of smells, displays and violence, and is teaching us about primate evolution” – Mike Unwin 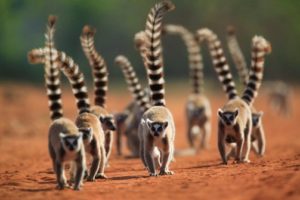 It’s a hot day in Berenty Reserve, south-east Madagascar, and there’s a rumpus among the ring-tailed lemurs. Yips and squeals resound through the understorey as these spring-heeled primates bound around the roots of a tamarind tree. One young male advances with quivering tail arched forward over his head, only to be confronted by a rival doing exactly the same. In the shadows, a female performs a backwards handstand against a sapling.

To the enchanted groups of tourists watching these habituated lemurs, it looks like some kind of madcap primate circus. But, as their guides explain, the action is replete with meaning and to catch the gist you need only learn the lingo. This means not only translating the lemurs’ various yips, squeals, purrs, yells and wails, but also interpreting their sign language of posture, leap and grimace, and – even trickier to our untutored noses – their extensive repertoire of smells.

That’s right: ring-tailed lemurs say it with stink, using scent to convey strategic messages about territoriality, social rank and sexual availability. Olfactory communication is far more developed in lemurs than among monkeys and apes, and especially so in this species, which produces a pungent secretion from an array of scent glands. There are some on the inner forearms (antebrachial glands), some on the shoulders (brachial) and yet more in the ano-genital region (perianal).