Adult male goosanders in breeding plumage are easy to distinguish because their body will be white with a slight salmon pink tinge, the head will be black with a green gloss, their rump and tail will be grey, and their wings will be white on the inner half and black on the outer half. 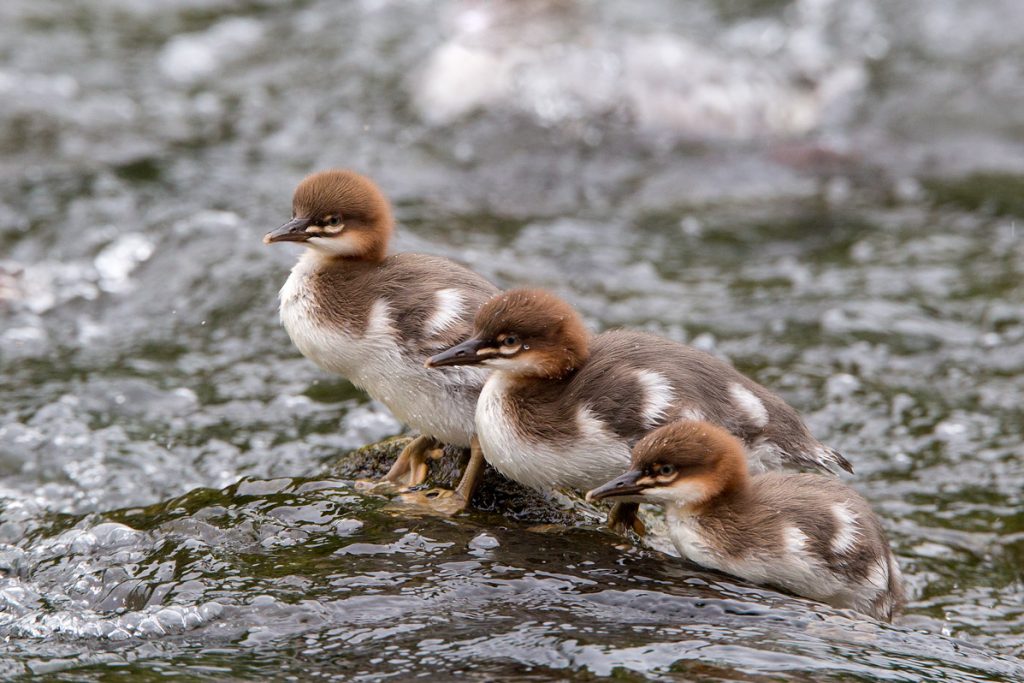 Females, and males when they’re not in their breeding plumage, are usually grey, with a reddish brown head, white chin, and white secondary feathers on their wings. Young goosander offspring will look like adult female goosanders, except they will also show a short black-edged white stripe between the eye and bill.

Aside from fish, they also eat molluscs, crustaceans, worms, insect larvae, amphibians, small mammals and birds. The salmon pink tinge that male goosanders have is most likely related to their diet, which is high in carotenoid pigments.

They prefer salt water as opposed to fresh water. In large streams and rivers, they’ll float down with the stream for a few miles then fish their way back, diving incessantly the entire way.