It’s thought that the first reference to mandarin ducks was from the time of Confucius, where they were name-dropped in a song. They’re also significant in Buddhism, where there are references to their compassion and, most significantly, their marital loyalty.

Multiple legends in Japan refer to a male and female mandarin duck getting separated and using supernatural means (such as transforming into humans) to be reunited. 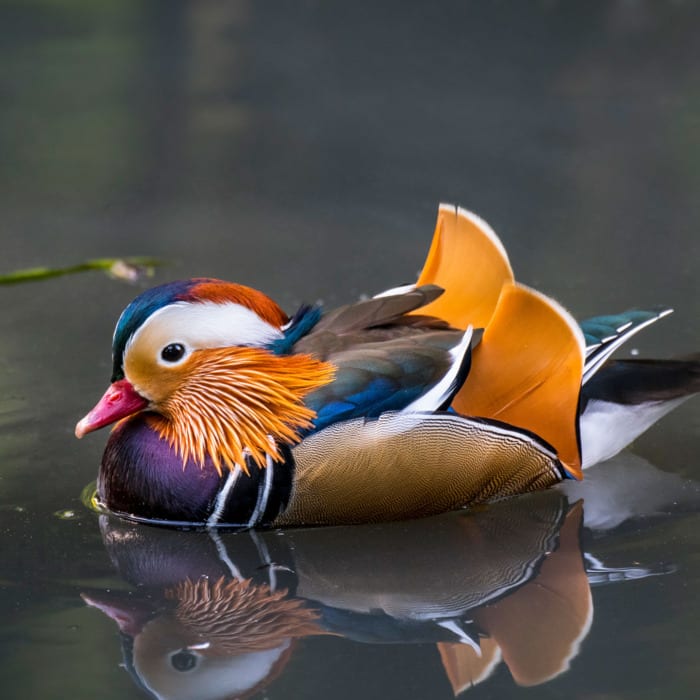 Mandarin ducks belong to the genus Aix, alongside the American wood duck. They’re both hole-nesting ducks with brightly colored males. But perhaps most surprisingly for ducks, they have claws.

The claws allow them to perch on branches, and in the case of baby mandarin ducks, one paper says that when they’re as young as one day old, they can dig those claws into wood, then leap half a foot, and then dig in the other claw.

The male mandarin duck is extremely easy to identify. Considered one of the prettiest birds, it has orange, green, white, blue-ish, and black feathers, some of which curl up into a “sail” shape. (However, in eclipse plumage—a set of feathers sported by the ducks when it’s not the mating season—the male is a much more standard gray.)

Female mandarin ducks are nowhere near as distinctive, and it can often be difficult to distinguish them from the closely related native female wood ducks (the males look completely different).

The natural nesting habitat of mandarin ducks is in tree holes, which can sometimes be up to 30 feet off the ground. The bird lays nine to 12 white eggs that are incubated for around a month. When the eggs hatch (which occurs within a few hours of each other), the ducklings start to crawl out of the nest. 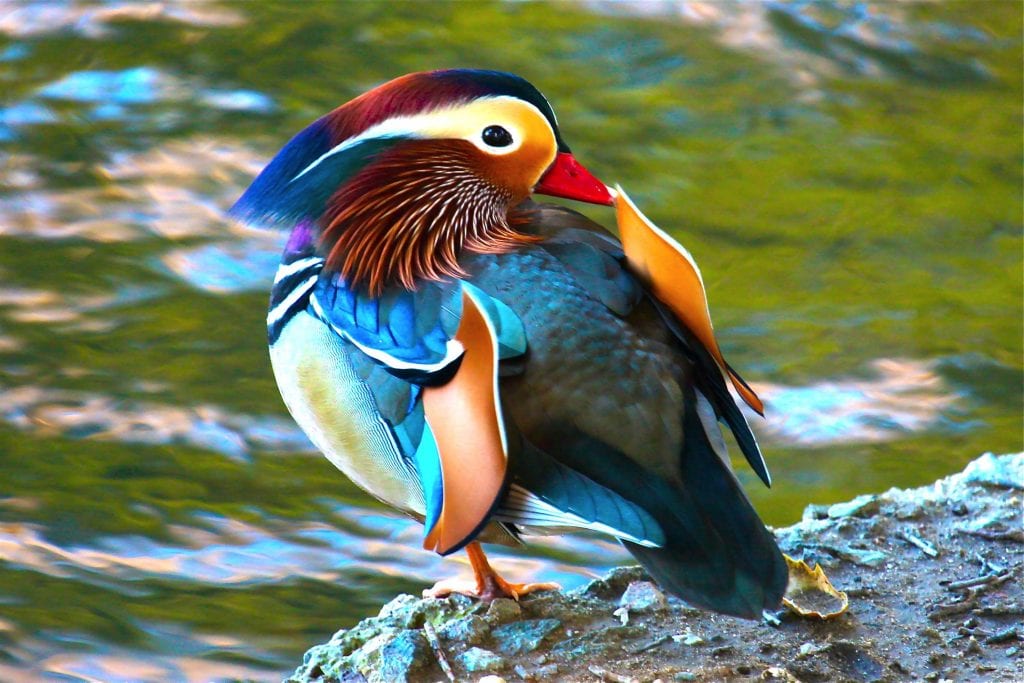 To get out of the tree and—eventually—into the water, the baby bird flings itself out of the hole and free-falls to the ground below (often with a little bounce). According to mandarin duck scholar Christopher Lever, “The female stands at the base of the tree with her head pointing upwards, uttering a soft encouraging call to her offspring.”