“Unlike for our feline friends, paw licking is one dog behavior that pet parents should look out for,” says Dr. Danielle Bernal. “If it happens every now and again, it can be attributed to normal grooming, but excessive paw licking may indicate that your dog is uncomfortable for one reason or another.”

According to Bernal, possible health issues that could cause a dog to gnaw at their paws include an allergic reaction, a bacterial infection, and, in rare cares, that supposed grooming behavior may even be an indication your pup has a cyst or tumor. 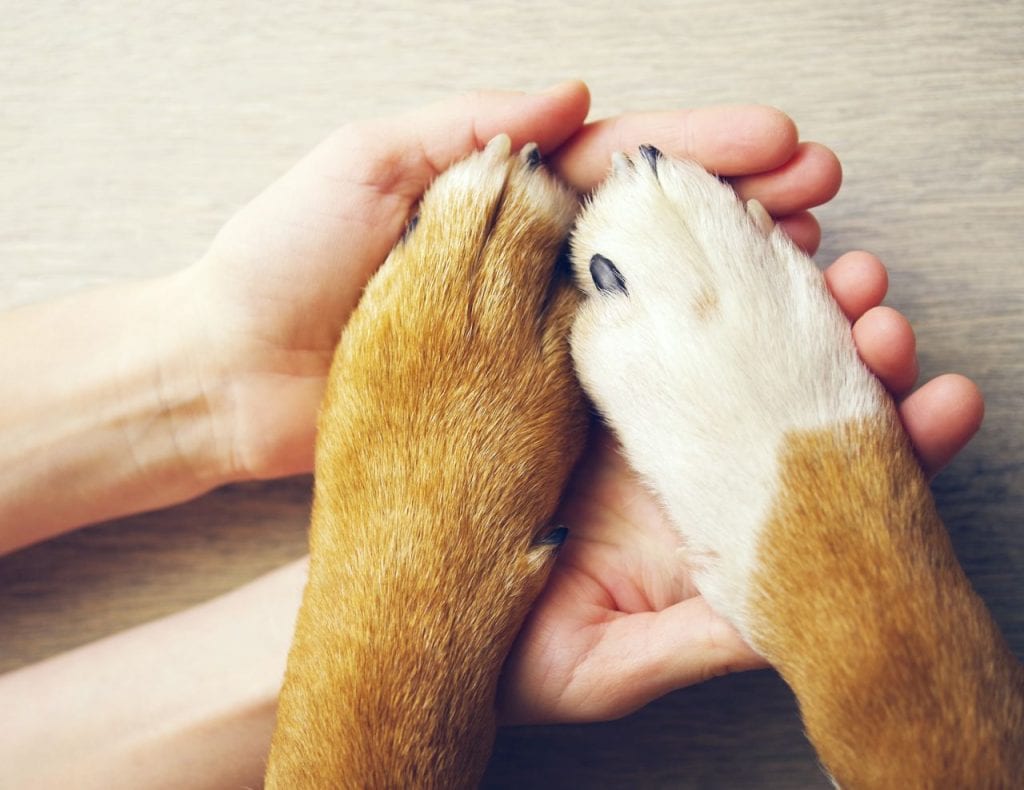 Essentially, dogs lick their paws for reasons similar to those a human might scratch their skin or pick at an irritated area: the licking serves to alleviate any discomfort that your dog might be feeling.

While a sudden onset of paw licking usually indicates an underlying skin condition, chronic licking is more often explained by the combination of a previously untreated disease and the fact that, according to veterinarian Dr. Patty Khuly, VMD, “It apparently feels good for them.”

“For example,” Khuly explains, “dogs with lick granulomas—wounds caused by obsessive licking of the tops of the feet and lower limbs—may have been initially drawn to lick the area because of an injury, simple itch, or a reaction to an allergen.”

Though there are various potential explanations as to why your dog is licking their paw, none of them are particularly favorable.

If you see your dog going at their paw like a chew toy, it’s time to make a trip to the vet’s office as soon as possible so as to avoid your dog creating a chronic and hazardous habit.

“If you see your pup licking their paws frequently or notice that your dog’s paws are red and swollen, it warrants a trip to your vet to discuss a change in diet, a new medication, or further tests to get to the root of the problem,” says Bernal.