Look past their creepy-crawly qualities, and explore the millions upon millions of arthropods that dominate the land, sea and air

Arthropods are some of the most amazing creatures on Earth, with a history that is both long and fascinating. While they may account for a sizeable number of phobias among humans, their extraordinary diversity and cunning adaptations mean that once you get to know them, you can’t help but like them.

In many ways, arthropods are the true kings and queens of the Earth, having roamed the planet for more than 500 million years. They outnumber any other group of animals, so while it’s true that some of them sting and others are poisonous, arthropods play a vital role in nature, whether it’s through pollination, pest control or helping to maintain an ecological balance.

And yet people may still flinch. Even those not suffering from arachnophobia may have cringed slightly at the jumping spider on this page. With eight eyes and sharp vision, these spiders can not only see all around them but they can also see more colours than us and can pick up on green and ultraviolet light too.

When it comes to actively stalking prey (they prefer this method over capturing victims in a web), the jumping spider’s vision, combined with its ability to make long and agile leaps, creates a formidable opponent. Some species can jump forward more than 50 times their body length. Given this head for heights, it’s no surprise that jumping spiders have even been spotted on Mount Everest!

What is an arthropod?

There are more arthropods in the world than any other creature. From spiders to centipedes and crayfish to crabs, they roam the land, fill the air and dominate the seas. Indeed, the phylum makes up three quarters of all biological organisms.

Scientists have split arthropods into four subgroups – insects, arachnids, crustaceans and myriapods – but they all share the traits of a stiff exoskeleton, segmented bodies, bilateral symmetry, jointed legs and multiple pairs of limbs.

In November 2015, preserved arthropod brains were found that dated back 520 million years. These remains are helping to shed light on the evolution of this enormous phylum.

Thorn bugs are named after the odd-looking, pointed spine on their back

Look at a tree inhabited by thorn bugs and you’ll do well to spot one despite their colourful green, orange and red bodies. That’s because these insects have sharp, hard pronotums that make them look like rose thorns. They can rest on a branch and suck sap while cleverly blending into their surroundings and should a predator see and prey on them, the sharp tip of their pointed spine can easily cause an injury.

Thorn bugs don’t seek to hide from each other, though. The males fly from tree to tree and vibrate their abdomens when they land which makes a distinctive noise that they hope females will be able to pick up and respond to. Should there be a match, the female thorn bug will lay her eggs into the bark and spend two weeks protecting them.

Tiger beetles can run fast but it makes them go blind

When a tiger beetle is in pursuit of its prey, it can really pick up some speed. The fastest species can dash at nine kilometres (5.6 miles) per hour, allowing it to cover a huge 2.5 metres (eight feet) every second. Unsurprisingly, this makes it the fastest insect in the world.

It is not without consequence, though: the Usain Bolt-like sprinting causes the tiger beetles to become temporarily blind, with their eyes becoming less receptive to photons. So once a spider or smaller insect has been spotted, the tiger beetle runs, its vision blurs and it has to rely on its antennae to detect if it has bumped into something. During the chase, it will stop a few times to reorientate itself.

This assassin bug stacks its victims’ carcasses on its back

Assassin bugs have a gruesome way of killing their prey. After piercing victims with their curved proboscis, they paralyse them with an injection of saliva before using a special enzyme to dissolve their guts – an action that allows them to be sucked dry for a nourishing feed.

One species of assassin bug goes even further. Acanthaspis petax takes the dead bodies of the ants it kills and piles them up on its back using a sticky secretion. With up to 20 ants bound together, this provides the perfect camouflage for the bug while also acting as additional armour.

Scientists have observed this to be a highly effective technique. The assassin bug’s natural predator, the jumping spider, is often unable to identify the bugs behind their morbid armour, while naked bugs are devoured ten times more often.

These highly unusual-looking flying insects, native only to Madagascar, have long legs and short, red bodies but their most notable attribute – thanks to their very long necks – is their resemblance to giraffes. The necks serve a multitude of purposes, from allowing the insects to reach the leaves of the giraffe beetle trees in which they live, to letting them build impressive nests – the females roll leaves into tubes before laying a single egg into them. For males, though, the necks are perfect for aggressive displays.

They use them to lash out at male rivals in fierce battles for the right to mate with a female. A male’s neck is up to three times as long as a female’s, making it effective for wrestling and pushing opponents until one admits defeat.

Watch out for the nasty sting of the venomous asp caterpillar

Asp caterpillars are easy to distinguish, not least because they are covered in a mass of ‘hair’ that gives them the appearance of a furry animal or a tiny toupee. Don’t be fooled by their cute appearance, though, as those hairs are actually sharp, venomous spines that break off and stick in the skin of curious humans or predatory animals. During this process, venom is released, causing acute pain in the victim. In some cases, it induces fever or a drop in blood pressure, making for a very effective defence mechanism. It is one of the most poisonous caterpillars in the US, where people are warned to be careful around its natural home in trees and shrubbery.

Golden tortoise beetles are able to change their colour

The golden tortoise beetle is able to control its own colour by altering the reflectivity of its surface whenever it is agitated or looking for a mate. It can change from shiny gold to reddish brown in as little as two minutes in an amazing process that involves tiny grooves running beneath the insect’s transparent shell.

These channels are usually filled with a liquid red pigment, which fully reflect light to give an illusion of gold but when the pigment is drained, the reflective properties diminish and the red colouring can be seen. Researchers say this not only aids sexual signalling, but it helps to protect the beetle from danger.

Cyanide millipedes are striking insects with flashes of yellow running down the sides of their black bodies. But as with a lot of luridly coloured animals, these vivid markings are as a warning for predators to keep away. If they get too close, predators may get a whiff of an almond-scented gas – otherwise known as cyanide.

When they feel endangered, the millipedes curl up, squeeze their muscles and shoot cyanide through their glands. This usually kills predators by preventing cells in their bodies from taking in oxygen but even if the victim survives, the foul taste and terrible pain will ensure it leaves well alone next time.

This tactic is not unique (other millipedes use this kind of chemical weaponry too) but it has proved to be so effective for this particular species, that only one predator – the ground beetle, which can emit a smelly liquid of its own – has adapted well enough to eat it.

Giant water bugs have evolved an amazing attack ability that involves them patiently awaiting a victim and seizing it with enormous pincers. They will then inject poisonous digestive juices via its piercing rostrum. Once the enzymes have broken down the insides of its prey, the giant water bug is able to suck out the liquified remains.

Researchers have observed this in action many times over. The aquatic insect has been observed eating pond turtles, snakes, fish and frogs but it doesn’t only spend its time near water. It is attracted to electric lights and often appears around streetlights and houses.

However, one of the giant water bug’s party tricks is an ability to survive underwater for relatively long periods. It does this either by storing air within a dedicated space beneath its wings or by poking its lengthy respiratory tube out of the water to draw in fresh air, like a built-in snorkel.

Male scorpionflies give gifts to females to avoid being gobbled up

Love is a life-or-death endeavour when you’re a male scorpionfly. These insects are able to attract females with a pleasant courtship display using their scorpion-like tails, but if they don’t do enough to distract their chosen lady then they tend to become her next meal.

As gruesome as it sounds, the females like to eat their partner after mating, which is why the male offers up a nuptial gift, typically involving secretions of his own saliva. A measly quantity may not save him, since the more he offers, the more attractive he becomes.

The size of the gift correlates with the nutritional condition of the male and is an indicator of how strong his genetics are, and his suitability as a father. Those unable to produce enough may offer a gift in the form of a dead insect instead.

This arthropod could be the only critter to assume the role of an animal’s body part, but in doing so the tongue-eating louse proves itself to be a gruesome little parasite. Relying entirely on its host for food, it enters the mouth of a fish via the gills and attaches itself to the host’s tongue. By severing the blood vessels, it causes the tongue to fall out, at which point it makes itself the replacement.

It then simply lays in wait to feed on whatever the fish decides to gobble up, although it can also feed on the fish’s blood. Remarkably, this does not harm the fish even when, as is common, more than one louse is living inside its mouth; the fish will continue to feed as normal. When the host dies, the louse leaves the mouth and attaches itself to the dead body instead.

6 Dog Breeds That Have No Sense of Personal Space 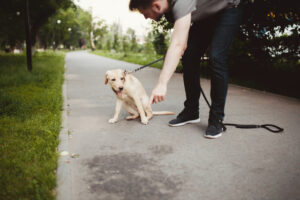 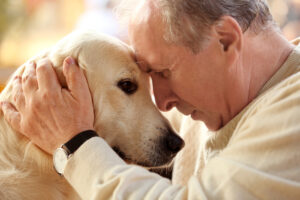 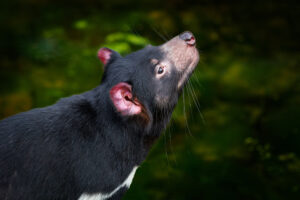 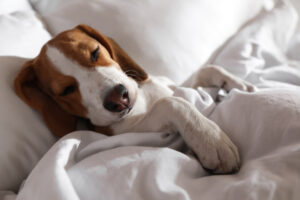 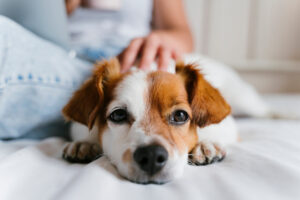